Menu
Get a Free Quote

Don’t take our word for it. Check out our 5-star reviews and see why we’re the best landscape design group in Denver, CO. 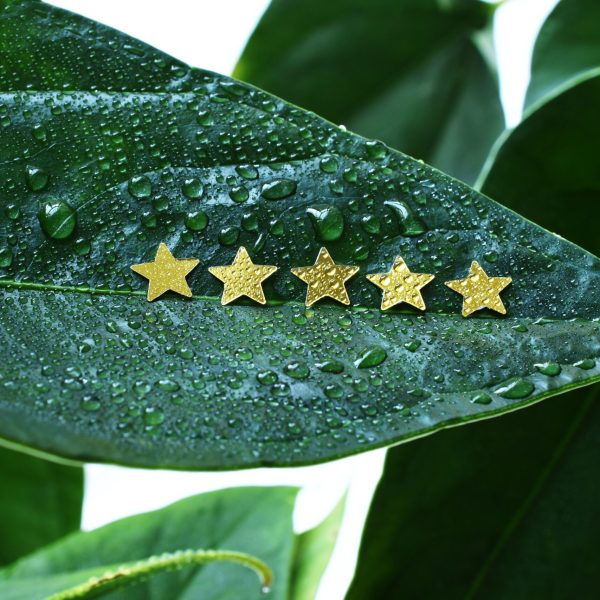 I hired Meredith Bromfield to re-do almost my entire yard: replace two decks, add a watering system, install a walkway, and replace many of the plants with new ones in a coordinated design. The whole process went well. I was impressed with his commitment to quality work and to making sure I was satisfied. I watched the work and saw that even the unseen parts he used (bolts, braces, fasteners, etc.) were higher quality than they needed to be, to ensure that the decks would last. I was also impressed with his workers, who worked carefully and steadily. The work was done in the time we agreed on, and there was no issue with some design changes along the way. He returned after the job was complete to make sure I was satisfied. (He even replaced my insulation for wrapping the new watering systems’ exposed valves with his own insulation, which was thicker—after the job was done and paid for—because it was better.) This was the rare large project that did not have a major problem along the way. I’d recommend him without reservation.

Leave Us a Review

Happy With Your
New Yard?

allan Korock
Highly recommend Meredith Bromfield for anyone’s landscaping needs. He is very knowledgeable, professional, diligent, hard working, and consistently communicates. My work required building a 110’ retaining wall, adding some trees, up-lighting, and misc. other items. He effectively delivered several options for my wife and I to decide on, as well as making sure that everything was aesthetically pleasing and built for the long-term. His team was very hard working, considerate, and delivered the job within the time frame initially anticipated. My wife and I were happy that we made the choice to hire Meredith and won’t hesitate to use him again for any projects in the future. Sincerely, Allan & Lisa K.

John Lodenkamper
We now have a beautiful patio, and are very pleased with both the finished project and the construction process by the Bromfield Design Group. It wasn't easy, since they had to install their creation over a multi-level crumbling structure. They were wonderful to work with, and addressed in-process issues that arose in a very helpful fashion. They also stayed on the job consistently from start to finish. The results exceeded our expectations!

Elizabeth
As an anxious new homeowner, I needed a new fence to frame my front yard and new house. I had some ideas in mind about what I wanted the fence to look like and contacted Meredith, owner of Bromfield Design Group, for assistance. With his knowledge and experience, Meredith transformed my mental image into a beautiful fence that will last for more than 30 years. The high quality craftsmanship speaks for itself. The team was efficient, but thoughtful and detail oriented in their work. I am delighted with the finished product's quality, beauty, and durability. Meredith's quote was lower than other bids, but the quality of the wood and labor far exceeds the price paid. I highly recommend Bromfield Design Group.

mark arbitrio
Overall, my wife and I could not be more pleased with the work that Meredith and his team provided. In a time when it’s very difficult to find a good contractor, this was an excellent experience. They not only checked the “must have” boxes (communicated effectively, showed up when they said, honored pricing, and performed good work), they went above and beyond my expectations with the attention to detail and quality of their work. The initial scope was to design, build and install a 12’ x 12’ pergola on top of a two story duplex. This was a complex project because not only did the material need to get on top of the roof without damaging the house but it also needed to be engineered to be extremely sturdy and to be firmly secured to the Trex deck. Meredith’s team not only built an extremely attractive and solid structure, but they went the extra mile to seat the posts in steel “boots” that were secured to 6” x 6” blocks that they inserted between the deck joists with large, strong lag bolts. I’m confident that the pergola has almost no chance of being susceptible to high winds due to the excellent design and installation that was performed. One other thing they did was to reject the first shipment of lumber that was sent to them. While I didn’t notice some of the flaws in the pieces right away, they did see them and they refused to use the inferior material. They re-ordered new cedar and still completed this project in a very tight timeline. I have attached photos of the pergola. We adore it and we routinely get compliments on it from friends and family. Because of the quality work that was performed on the pergola, we also contracted with Meredith’s team to dig a 75 foot drainage ditch and to connect that pipe to the gutters on the house so that all of the water was carried far away from the foundation. They accomplished this with ease and I could barely notice that a trench had been dug after they were done. They graded it professionally and tested the water flow to ensure that they had the right size and positioning of the pipe. It’s rained heavily several times since then and the system works perfectly. Lastly, we also had them install a stone staircase outside of the house so we could have easy access to our side yard. Again, although at this point I should not have been surprised by the speed and quality of work, I was. They were able to adapt their design to use extra stone that we had from the original house construction and the end result looks like it was installed when the original house was built. We love it. It takes a while to write up a review like this and it’s something that I don’t normally do. However, this company deserves the accolades and they have earned my trust. They’re currently working on a few other projects for us (installing a sprinkler system and doing some tile roof repair) and I have no doubt that they will perform the same kind of quality work that I’ve detailed above. In the corporate world we use Net Promoter Score (would you recommend this vendor to a friend or family?). On that scale of 1-10, Bromfield Design Group gets a 10/10. In the consumer world with five stars my wife and I would give them 5/5 stars and we would award more if we could. Even in a glowing review I would normally try to insert some “cons” but I honestly can’t think of any. Thanks again to Meredith and his team for making our building / remodeling experiences such enjoyable ones! Best regards, Mark

Anne Warner
We highly recommend Bromfield Design Group for landscape services! We enjoyed working with Meredith immensely, and he stayed involved throughout our whole project. He is very hands-on, very professional & knowledgable, and honest & fair. We enjoyed hearing his ideas for how to bring our sad, neglected yard back to life, and then watched as he and his highly competent team executed the work. They tackled the difficult jobs we asked to be done, like removing a stubborn & overgrown bamboo hedge, and hand-picking, moving, & placing our Mexican beach pebbles from our front to back yard without a single complaint. Meredith and his team built us a beautiful new deck and some very attractive new lattice screens. Our back yard was transformed to a space we have been enjoying all summer and showing off to friends and family! If you want a responsive, dedicated, knowledgable landscape contractor who charges a fair price, throws in a few extras, and delivers on time and beyond what you expected, look no further than Bromfield Design!

Jarod Clark
Meredeth put together a stunning design for our landscape, and took the time to walk us through his design in detail. I would recommend him to my closest friends and family.
Google rating score: 5 of 5,
based on 6 reviews.

Bromfield Design Group is a family-owned and operated landscape design company that prides itself in providing personal service every time.